nikos patedakis
Skip to main content
Nikos Patedakis is a philosopher whose work arises in the nonduality of Nature and Culture. Because of his own creative practice, he has consistently worked with creatives in various fields, and revealed the intimacy of philosophy and art in his teaching and coaching. Nikos Patedakis is a philosopher whose work arises at the intersection of Nature and Culture—the sciences, the arts, and the wisdom traditions (particularly the traditions of the Ancient Greek, Roman, and Hellenic periods, Eastern philosophy, and indigenous traditions). His research encompasses the traditional areas of ethics, epistemology, aesthetics, ontology, and metaphysics, but remains rooted in the ancient Western orientation of philosophy as a way of life, in which philosophy is seen as fundamental to the healthy transformation of self and society. This is the tradition of Western philosophy that influenced Gandhi and Martin Luther King, Jr. Patedakis sees art as having a special relationship with philosophy. Both philosophy and art seek to see the world with fresh eyes and an awakened heart, and they seek to offer this insight and inspiration to the culture at large, for the benefit of all citizens and the broader community of life. We all seek to direct our lives and our culture on the basis of wisdom, rather than ignorance. Art allows us access to wisdom—but only when art is itself informed with skillful philosophical vision. To bring about a more just and thriving culture in the most direct and intelligent manner, we need to empower the arts by making philosophy as a way of life available to artists and to arts education. Such an orientation is not available in the university system, which focuses on philosophical abstractions of little pragmatic benefit to those seeking to create in a vitalizing way. Patedakis offers training to artists that transforms both their experience of life and their practice of creativity and art making.
Go to Wisdom Love and Beauty 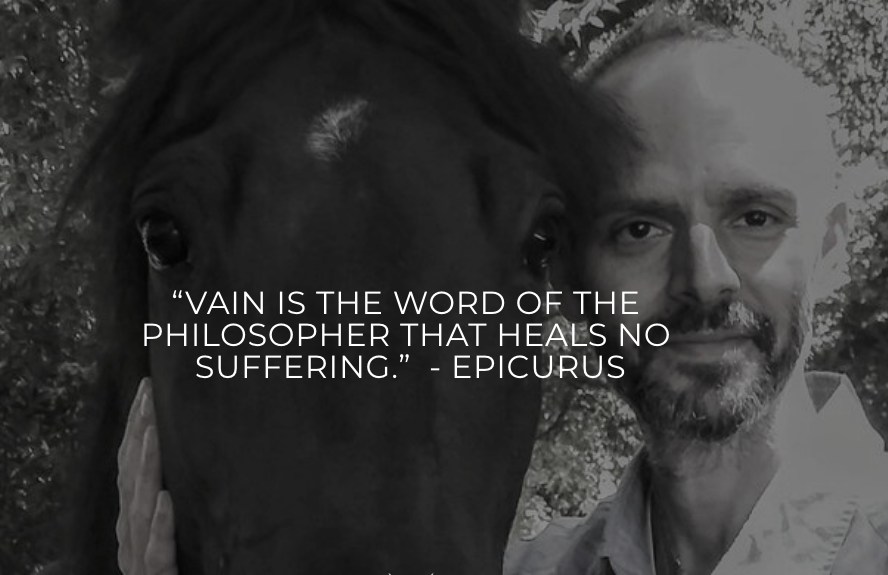